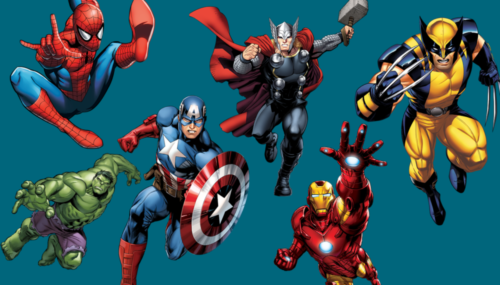 The other day I was thinking back to when my son was about 3 or 4 years old and he started to mimic some of the Superheroes he saw in the movies and on television. He would put together all kinds of unique Superhero outfits, combined with various assorted make-believe weapons, but, over time he gravitated to one particular costume which always made us laugh.

Most mornings he would appear at his bedroom door with a red plastic helmet on his head, blue plastic swim goggles strapped tightly over his eyes, a long flowing black cape (think Darth Vader), various pajama shorts in assorted kid related patterns and knee-high black rubber boots. Of course, he was a very macho superhero and was adamant that a shirt would never be part of any respectable superhero’s ensemble, even when outside temperatures dipped below freezing. 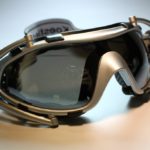 I think our resident superhero began to gravitate to this particular outfit because he was one of those kids that always liked making people laugh and no matter how I tried, when he would appear in the above- mentioned Superhero garb, I would invariably laugh out loud or at minimum, his appearance always made me smile. The fact that I started calling him “Goggle Boy” only seemed to solidify his new Superhero identity. Both of our kids loved hearing bedtime stories and every once and awhile, I would regale them with the occasional Adventures of Goggle Boy stories.

This trip down Superhero memory lane got me thinking what kind of Superhero it takes to be a Backup and Disaster Recovery provider in today’s always-on credit union environment. Being a Disaster Recovery superhero to credit unions is not for the faint of heart and at times it requires nothing short of superhero intelligence, talent, grit and determination. Our twenty years of disaster recovery experience has taught us that no two recovery scenarios are the same and it takes tremendous teamwork to recover multiple IT systems and get them fully functional within the designated SLA’s, RTO’s and RPO’s. We think our employees are true Superheroes and one thing you can count on is that we will work non-stop and around the clock until all systems are up and fully functional… in true Superhero fashion!

If you’re in the te 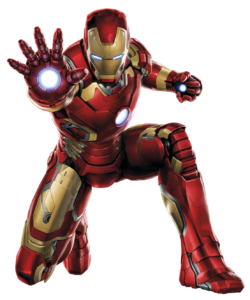 chnology space and want to recruit some of the Marvel Mystery Superheroes, then Iron Man (Tony Stark) may be Team Disaster Recovery’s franchise player of choice.  After all, Tony Stark is an ordinary human who is highly skilled in the world of technology and science… actually, he’s one of the three smartest people on earth.  If Tony Stark can figure out how to fly, build an Arc Reactor on his chest and a Nano-tube armor suit, he should be pretty good at restoring servers, managing network infrastructures and keeping the whole IT environment safe and secure. Iron Man could even use his direct cyberpathic control over the entire telecom and satellite system to get the recovery process to where it’s really as easy as it looks to the technology novice.

The Black Panther (T’Challa) would be a welcome addition to Team Disaster Recovery, with his PhD in physics from Oxford University, and his extensive knowledge of all things technology, T’Challa and Tony Stark would make a potent technological team.  With Black Panther’s knowledge of advanced military technology, it would be easy to keep all that data safe and secure. Thanks to the Black Panther’s advanced psychic powers and shadow psychic weapons, any cyber-attacks would either be detected well in advance of the attack or quickly neutralized if the attack were to occur.

It’s common knowledge that the technology space isn’t exactly packed with members of the female persuasion, which means 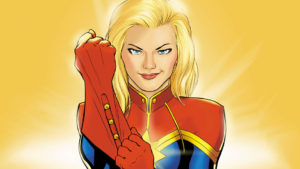 we should take look at Captain Marvel (Carol Danvers) and do our part to tip the scales that direction. Carol Danvers went directly from high school to the Air Force in order to pursue her love of flying and her interest in aircraft.  Because of her strong combat skills, stellar performance and natural intelligence she quickly rose to the rank of Major.  Shortly thereafter Carol was recruited by the CIA and later by N.A.S.A., as the Cape Canaveral Security Director. With her highly developed intellect and strong leadership skills, Captain Marvel may be just the team player to balance out all of that Superhero testosterone.

Speaking of testosterone, Thor is a Superhero that a lot of guys probably identify with.  After all he’s ruggedly handsome, possesses superhuman strength, is virtually immortal and gets to yield all the powers of Mjolnir’s Hammer.   Here’s the thing, Thor isn’t likely to make a great Disaster Recovery Superhero, since he has the ability to summon the destructive powers of the storm, wind, rain, thunder, and lightning.  Obviously, Thor’s super storm powers are what Disaster Recovery Superheroes are often working to mitigate.   Sorry Thor, you’re a cool dude, but Disaster Recovery and super storm powers… not a great match, but we’ll keep your resume on file, just in case we come up with a position that matches your unique skillsets.

While we’re in the process of elimination, it may be prudent to cross the Hulk off the candidate list.  In order to be a great disaster recovery Superhero, it helps to be cool as a cucumber with the ability to handle extreme pressure. Since the Hulk only appears when something totally ticks-off Bruce Banner, there is a good chance the Hulk would lose his cool under stress and end up tearing up the data center. Which means it’s probably best to keep Thor and Hulk on the sideline. With Thor and Hulk out of the picture, we’re left with Spiderman, Wolverine, Luke Cage, Black Widow, Daredevil, and Captain America.

Rather than making the remaining selections, perhaps you should decide who belongs on your Disaster Recovery Superhero Team? Here are the talents of the remaining candidates… who would you add to ensure that your data, IT systems and hardware receives Superhero recovery attention? The future of the planet may not be at stake, but the future of your credit union may hang in the balance… You decide!

Wolverine: Super-human senses and the power to heal from almost any wound, unbreakable skeleton and three retractable claws in each hand, exceptional hand-to-hand combatant, having mastered virtually every fighting style, trained expert in multiple types of weapons, vehicles, computer systems, explosives, and assassination techniques, fluent in many languages, including Japanese, Russian, Chinese, Cheyenne, Lakota, and Spanish; and some knowledge of French, Thai, and Vietnamese.

Captain America: Agility, strength, speed, endurance, and reaction time superior to any Olympic athlete who ever competed. The Super-Soldier formula that he has metabolized has enhanced all of his bodily functions to the peak of human efficiency. Notably, his body eliminates the excessive build-up of fatigue-producing poisons in his muscles, granting him phenomenal endurance. Master of the martial arts of American-style boxing and judo, and has combined these disciplines with his own unique hand-to-hand style of combat. Captain America is subject to all human vulnerabilities, although his immunity to diseases is extraordinary.  Captain America’s round shield was developed by Tony Stark (Iron Man) an is made of virtually indestructible Vibranium.

Luke Cage: Luke Cage possesses superhuman strength and stamina, and has extremely-dense skin and muscle tissue, which render him highly resistant to physical injury. Cage possesses these abilities as a result of a cellular regeneration experiment which fortified the various tissues of his body. His skin can resist high-caliber bullets, puncture wounds, corrosives, biological attacks, and extreme temperatures and pressures without sustaining damage. A second exposure to said experiments further enhanced his strength and durability.

Black Widow: World class athlete, gymnast, acrobat, aerialist capable of numerous complex maneuvers and feats, expert martial artist, marksman and weapons specialist as well as having extensive espionage training. Enhanced by biotechnology that makes her body resistant to aging and disease, as well as psychological conditioning that suppresses her memory of true events as opposed to implanted ones of the past without the aid of specially designed system suppressant drugs.

Daredevil: Daredevil is blind, and his remaining four senses function with superhuman accuracy and sensitivity, giving him abilities far beyond the limits of a sighted person. Daredevil developed a radar sense, which is similar to echolocation. Daredevil has no superhuman physical attributes beyond an enhanced sense of balance, but he is a master of martial art and hand-to-hand combat.

*Information was derived on various Marvel-centric websites including Marvel.com.